The name of a bus found in Yeouido, Seoul was "Yonghwa High-speed Tours", so @allaboutjyh tweeted with a pic to CNBLUE's twitter account.

Then, the owner of that tour bus company mentioned @allaboutjyh and @cnblue_4, saying
"Finally you saw our company's name. Hehehe. I even left messages at the cafe (official fan cafe?).^^ I'm an old man, but a fan (of Yonghwa). ^^"

When the fans were surprised, he continued,
"I was a fan since the first album, of course I always support him.^^
It's not coincidence that I named the company 'Yonghwa High-speed Tours'^^
I support both his singing and acting, I hope he takes good care of his throat."

Another fan asked whether Yonghwa can ride their buses for free, so he said:
"It's not even a question, of course we'll provide free ride no matter what^^" 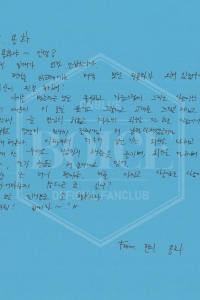