Synopsis: A Cantonese street cook and his chief rival, a French-trained Michelin-starred chef, discover they have a lot in common as they prepare for a world-famous culinary competition. An international culinary competition becomes a battleground between rival cooks, one famous for his Cantonese street food and the other a Michelin-starred chef trained in France. But their rivalry takes an unexpected turn when they discover a common foe and combine their skills in a fusion of East and West.

‘Cook Up A Storm’ may be arriving later than its peers, but it is easily the most satisfying CNY movie we’ve seen this year. As much as it may be about the rivalry between the Cantonese street cook Sky Ko (Nicholas Tse) and the French-trained Michelin-starred chef Paul Ahn (Jung Yong-hwa), this gastronomic-themed drama is more compellingly about Sky and his father Mountain Ko (Anthony Wong), the latter an internationally recognized Chinese chef who had left his son in the care of his buddy Uncle Seven (Ge You) two decades ago in order to pursue his culinary ambitions worldwide. It isn’t hard to guess that the father-son estrangement is where the narrative ultimately leads to (meaning therefore that the supposed enmity between Sky and Paul is no more than a red herring), but that doesn’t diminish the poignance of their eventual reconciliation, which is also what makes the movie surprisingly pleasing.

As formula would have it, the conflicts here between the respective pair of rivals are resolved through cooking competitions. Underlining that between Sky and Paul is the threat an obnoxious land developer Chairman Li (Wang Tai Li) brandishes about taking back the humble diner Seven if the former loses the International Chef Challenge Competition – although the fact that Chairman Li owns the fine dining restaurant where Paul is head chef at makes the bargain an unfair one to begin with. Incidentally, their clash is also cast as one between tradition and modernity – not only because Seven and the Spring Avenue neighbourhood where it is located are but the only historical vestiges left in the middle of gleaming skyscrapers, but also because of Paul’s frequent refrain that Chinese cuisine had stagnated through the centuries. Likewise, the enmity between Sky and Mountain also culminates in a culinary showdown, albeit in a more prestigious World Supreme Chef Competition at Macau’s glittering Studio City Event Centre.

Yet even though the presentation is familiar, the flavours remain just as delightful. It’s no secret that the premise is inspired by Nicholas Tse’s cooking show ‘Chef Nic’, and just as that successful food travelogue, the sight of watching professional chefs at work on their craft is truly one to behold. Just as delectable is the showcase of East and West cuisine – the former presented here with a beauty and elegance rarely seen, and the latter exotic and fascinating in and of itself. The filmmakers have here taken to heart an axiom which the sagely Seven imparts – that the mark of a truly successful chef is his or her ability to create a dish that can carry its flavours from the tongue to the heart. Oh yes, more than the tantalizing sight of food is the unexpectedly moving reunion between the father-son pair here, which is guaranteed to leave you misty-eyed.

That these characters are played by Nicholas Tse and Anthony Wong also makes their onscreen relationship even more compelling, the latter in particular injecting gravitas into a supporting role that could have ended up as mere caricature in the hands of a lesser actor. Not forgetting of course the wonderful Ge You, whose presence alone brings class and dignity to an underwritten part that could have been better developed to illustrate the surrogate relationship between Sky and Seven. Indeed, some of the most memorable scenes are constructed between and around these veterans as they trade barbs and jibes at one another, leaving the rest of the performers either shrill (such as Jim Chim’s sycophantic right-hand man to Chairman Li) or just bland (such as Seven’s restaurant manager Uni (Tiffany Tang) and Paul’s girlfriend cum culinary associate Mayo (Bai Bing)).

Truth be told, ‘Cook Up A Storm’ serves up a recipe that local viewers will no doubt recognize from past CNY offerings such as ‘Let’s Eat!’ and Stephen Chow’s classic ‘God of Cookery’. But there is every intention on director Raymond Yip and his writer Manfred Wong’s part for their latest to be comfort food over the CNY holiday, just like the familiar but nevertheless joyous dishes we often partake over reunion dinners and with the crucial ingredient of family togetherness. In that regard, there is much reason to embrace the joy, warmth and exuberance of this familiar yet heartwarming movie – and like we said at the start, it may have arrived later than its peers, but this is also easily the most enjoyable Spring Festival movie this year. 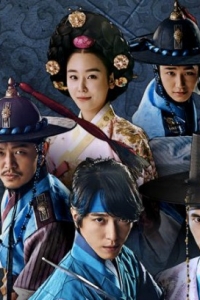