LJ: Did FTISLAND or CNBLUE give you any advice?

NF: So many, so many times.

Hweseung: Thisi one incident is memorable (for me).

When I had just joined Nflying and was trying very hard (to adjust), I was in a slump about singing.

I was always scolded and had no idea what to do.

(Around this time) when I went to the gym at our agency building to work out, Yonghwa sunbaenim was right there.

He was working out and it was my first time meeting him.

I was going through such a tough time that day.

Even though I met him for the first time, I went ahead and asked for advice.

He was very serious and said, "Do what you want to do."

That helped me so much.

LJ: Did that have any positive effect?

HS: Yes, it was so effective.

Jaehyun: Also, Yonghwa sunbaenim told us right when we were about to debut, that

while it's great to take care of everybody, first, make sure to prioritize those around you.

Also, always be humble. No matter where you are, you have to greet others (politely).

That will take you half or more of the way. He (emphasized) politeness. 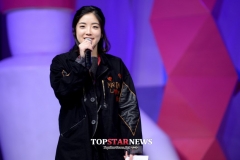