The bottom convo is a series of comments under JYH band's drummer Yeom Seonggil's facebook post that shared the release news of Room 622 live. The commenter Park Gaeul is also a drummer in a band :) 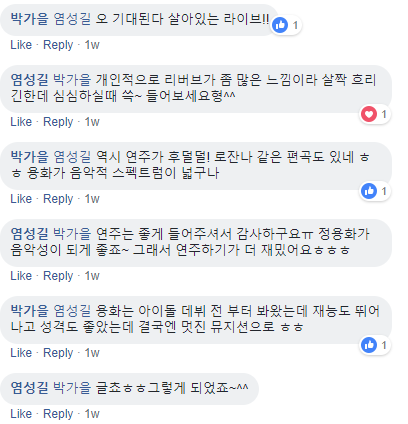 : I'm looking forward to listening to your live performance!!

Yeom Seonggil: To me, it sounds a bit blurry from the excessive reverb, but take a listen when you're bored, hyung^^

PGE: Your performance is indeed awesome! There's some arrangement reminiscent of Rosanna, too.

Yonghwa has such a wide musical spectrum.

YSG: Thanks for the compliment. Jung Yonghwa has really great musicality~ It makes it more fun to play. hehehe

PGE: I've known Yonghwa even before he debuted as an idol. He was so talented and had great personality, now turned out to be a such an outstanding musician.

YSG: Yes, hehe, he certainly turned out that way~^^ 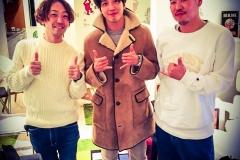