Their duet might be titled Checkmate, but in real life, there is no rivalry between K-pop entertainer Jung Yong Hwa and Singaporean Mandopop star JJ Lin.

On a chessboard, the duo would be a pair of knights in shining armour - on the same team.

A stirring melodic rock number, it is included in Jung's debut solo album One Fine Day, now available on iTunes.

Behind-the-scenes footage of the song's music video show the pair goofing around on set like best buds, with Lin impersonating Michael Jackson to chuckles from Jung and Jung learning Mandarin and Hokkien phrases from his new friend.

In an e-mail interview with M, Jung, who has hosted several variety programmes and was the lead actor in TV dramas Marry Him If You Dare (2013) and The Three Musketeers (2014), opened up about working with Lin, doing music without his CNBlue bandmates and his solo concert in Singapore next month.

How did the collaboration with Lin come about? Did you know him previously?

I became close friends with JJ last year, after he came to watch CNBlue's concert in Taiwan.

I started to listen to his songs and after that, I asked him if he wanted to collaborate because I love his passion towards music. And he accepted my invitation.

We wrote Checkmate, a song with a hopeful message that "we'd always be there for each other although our nationalities are different".

It was how I felt during the creative process. Even though we recorded our vocal parts separately, I felt like we were doing it together.

This song also means a lot to me, since it marked the first time I was singing in three languages - Korean, Mandarin and English.

In January, Lin went to Seoul to shoot the music video of Checkmate. Did you play host and take him around the city?

I wanted to introduce one of the most popular foods in South Korea, chimaek (chicken and beer), to JJ. But as we were filming, we could have only chicken.

We ate different types of chicken, from fried to seasoned, spicy and garlic ones.

One Fine Day is chock-full of duets with several other musicians, like Korean rappers Verbal Jint and YDG and veteran folk singer-songwriter Yoon Do Hyun. Was it your intention from the start to have multiple collaborators?

Recording a solo album was an opportunity for me to do "Jung Yong Hwa's music". At the top of my wish list was the whole idea of collaborations.

Working with great musicians helped me widen my view towards music and the world.

As a solo artiste, is it more exciting or nerve-racking?

There are pros and cons to being in a group and doing it solo.

As a solo singer, I have more time to think, meditate and contemplate, but there are lonely moments.

On the other hand, while I am on tour with CNBlue, it is really good as I get a lot of energy from my band members.

Have your CNBlue bandmates listened to One Fine Day and given you their feedback?

Min Hyuk (drummer) and Jong Hyun (guitarist) came to the studio whenever I recorded. I wonder how they found out I was recording.

They listened to my tracks and asked me if I had worked harder on One Fine Day than on CNBlue's albums.

I said: "All I did was what I wanted to do." And they joked: "It seems like you're working way harder than when you're with us." I appreciate the support by Jong Hyun, Min Hyuk and Jung Shin (bassist).

What can Singapore fans expect from your upcoming solo concert? Having been here a few times with CNBlue, what are your memories of Singapore?

It is the first time I'm performing in Singapore as solo artist Jung Yong Hwa, not CNBlue.

I want fans to expect a performance filled with lots of Jung Yong Hwa's energy. I cannot forget the crab I had in Singapore. Also, the air in Singapore is very clean and fresh. 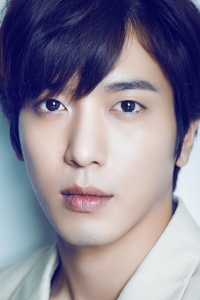