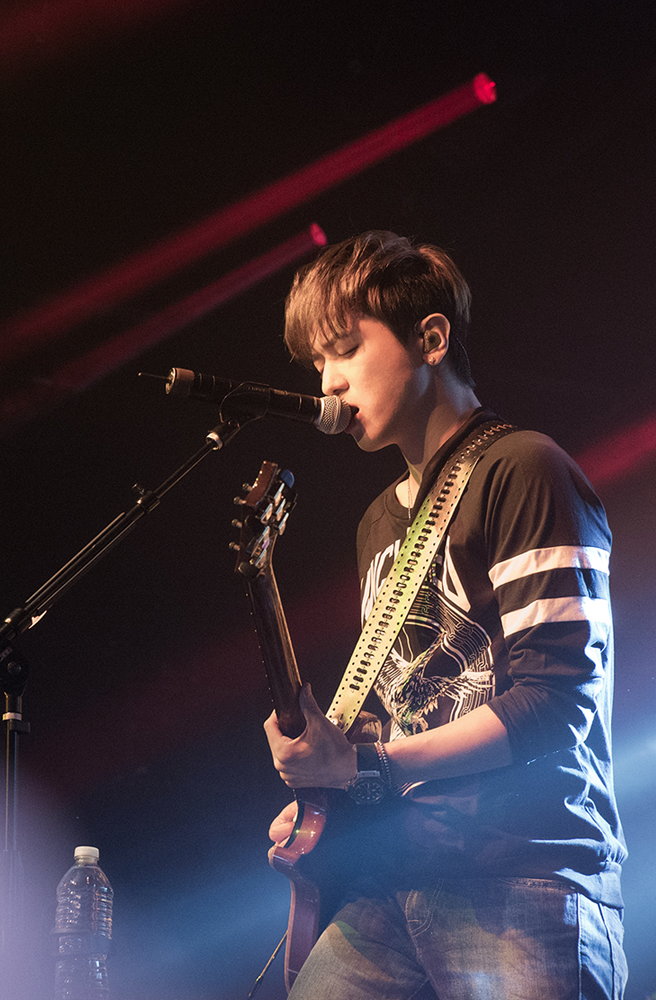 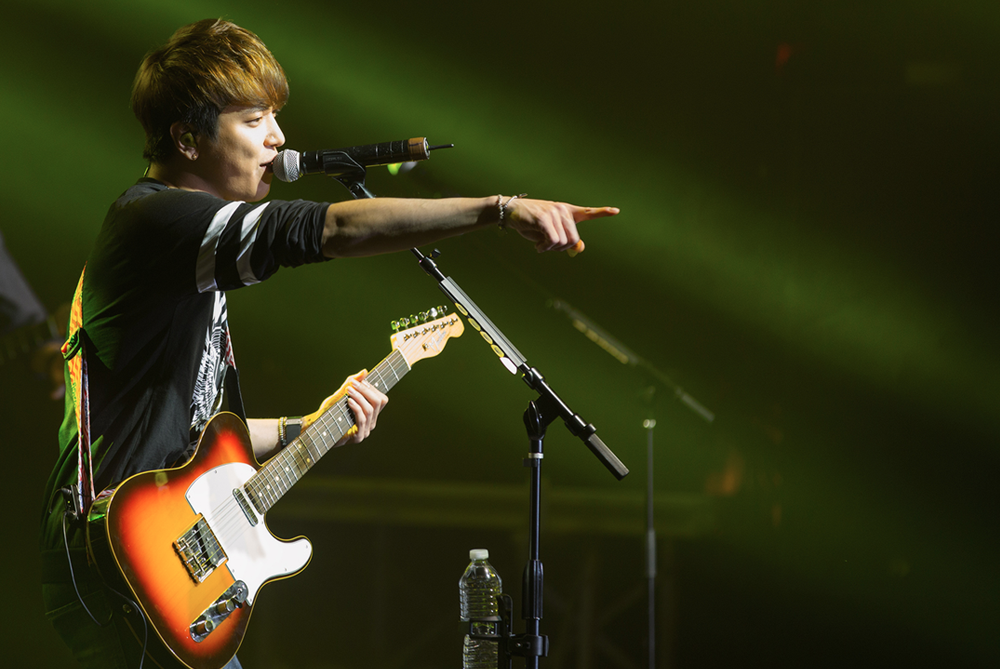 Even a snowmaggeddon raging outside on a frigid Tuesday night couldn’t stop popular K-pop band CNBLUE from hosting a nonstop rock party! The band hit the stage last week at New York City’s Best Buy Theater, turning a grumpy crowd complaining about the weather delay into a screaming one ready for some rock ‘n roll.
CNBLUE’s Blue Moon World Tour, which kicked off last April in Taiwan, marks the first-ever solo world tour for a Korean rock band, bringing with it the opportunity for East Coast fans to see CNBLUE live for the very first time.
Kang Minhyuk (drums), Lee Jungshin (bass), Lee Jonghyun (lead guitar/vocals), and Jung Yonghwa (rhythm guitar/vocals) set the tone of the show with opening track “Where You Are.” No lip-syncing or choreographed dance numbers in this concert. Stage constraints on music shows like Inkigayo and Music Bank do this band no favors, because live performances are where CNBLUE’s talent really shines. Any lingering doubts about their live skills were blown away during blazing guitar solos, interlude jam sessions, and extended track intros.
The fact that they can actually play feeds into CNBLUE’s status as one of K-pop’s perfect-storm boy bands with their talent, good-looks, and incredible stage presence. The members’ excitement and energy was infectious, shown through all their playful interactions onstage, pow-wows around Minhyuk’s drum set, and huge, ever-present grins. Even so, Jungshin checked in with the fans every chance he got: “Are you guys having fun?”
And they most definitely were. At various points during the concert, the band members took turns addressing the audience in clearly-scripted, yet endearing English, eliciting much laughter and choruses of “Awwwww!” Yonghwa, frontman and king of charms, starred in some of the best moments outside of the official setlist. Employing his best American accent (“This city is the centerrr of the worrrld, right?”), he led short renditions of “N.Y. State of Mind” and “Empire State of Mind,” even beat-boxing his way through Snoop’s “Drop It Like It’s Hot.”
The first half of the show was populated with B-sides and lesser-known Korean versions of their Japanese singles, which helped the diehard fans who knew every line stand out from those not singing along. Nothing wrong with that — in fact, the sight was a testament to CNBLUE’s reach beyond the music crowd. For example, all four members have appeared in hit television dramas, and fans of the band’s actor personas may not necessarily know every track in CNBLUE’s discography. And there’s always a chance that a ticket or two were sold on the CNBLUE’s looks alone. Hey, we know we would have been tempted if we saw these faces on a concert poster.
Perhaps aware of this situation, CNBLUE saved their hit singles for last, winding down the main setlist with angsty chart-toppers, “Intuition,” “Loner,” and “I’m Sorry,” before reappearing for their encore set in glittery Blue Moon tour shirts.
CNBLUE completed the US leg of the Blue Moon Tour in LA last Friday, and will spend this week performing for their enormous fan bases in Mexico, Peru, and Chile. But don’t feel lonely, East Coasters! Stave off the post-concert depression by remembering Minhyuk’s final thoughts before the closing number: “I can’t ever forget this time and place, this city, and you.”
http://www.mtvk.com/articles/concert-review-cnblue-best-buy-theater-nyc/
Prev [Concert Review] CNBLUE Blue Moon World Tour in Los Angeles-A... [Concert Review] CNBLUE Blue Moon World Tour in Los Angeles-A... 2014.01.28by [Can't Stop] 탑스타뉴스 편집장님 트윗 Topstarnews Editor's tweet Next [Can't Stop] 탑스타뉴스 편집장님 트윗 Topstarnews Editor's tweet 2014.03.07by
0