I was watching the Love me tender performance, loving the low key in the beginning. At the third refrain, he went up an octave and then modulated by shifting to a key above that...I was like, "wow..." kk
Realizing once again, Yonghwa's coverage of mid to low key is very sturdy.
I saw a singer in "Immortal Songs" who tred to sing in a similar arrangement, wasn't the same song by the way
It was sung 1 octave below, but the singer was bashed by netizens much because he/she couldn't enunciate throughout and all we could hear was the breathing sound.
In fact, it's quite difficult to cover 2 octaves within a song...although it was a good try, it seems to be hard for singers.
But Yonghwa's performance today was amazing...kk
He seems to have the vocal range of both a tenor and a baritone.
Tenors are usually C3~A4
While baritones sing G2~G4
Today's lowest key was G#2...The highest I saw him sing was C5 in a different song so he's amazing kk
Sometimes I feel sorry for Yonghwa because his high keys are so good that he takes the high parts. Though the two have similar low-key coverages or Yonghwa can sing a bit lower, it's cuz the high notes can't be replaced.
When songs are sung in divided parts, in a way vocalists who usually sing the high notes are at a disadvantage. kk
Beyond passaggio, the vocal cords are tightened so it's harder to express the true vocal tone that sounds nice.
People don't have as good ears as you'd think...kk when something easy is sung well, it's praised more than the ability to sing difficult parts.
It's not easy to tell the difference between the difficulty levels kk When the tone changes, people can't really contrast between high and low keys
That's what I feel these days from watching audition programs
Anyways what I wanna say is, I hope he can show many more of these performances especially mid to low key songs.. He has such a good tone color.
I've always wanted to see Yonghwa in "Immortal Songs" so it's great to see these special stages kk cuz I'm a music fan.. 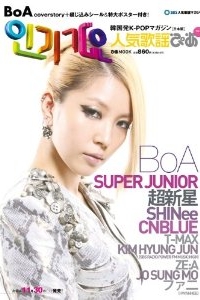